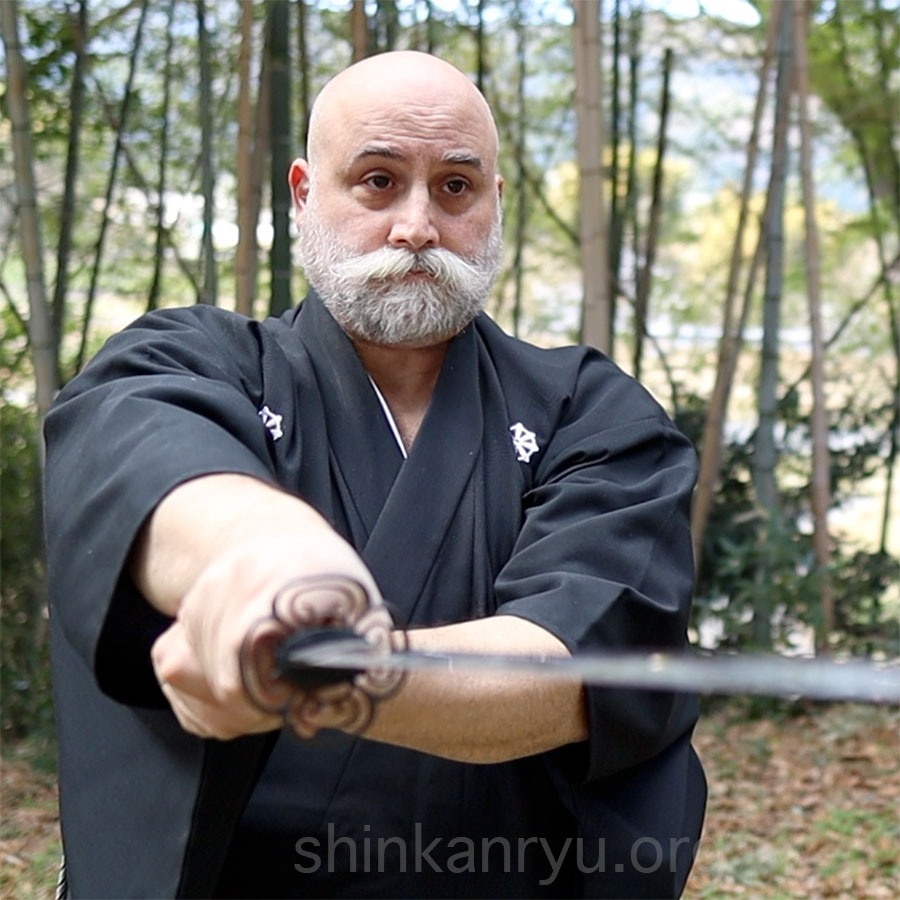 The founder and current head instructor of Shinkan-ryū Kenpō is Saneteru Radzikowski. With the vision of creating swordsmanship training that bases itself on the safe and proper technique of the Japanese katana, Mr. Radzikowski extended on his education of Iaijutsu, Kenjutsu, Jojutsu, and Kendo. Studying the arts of koryū, he expanded and refined techniques so that others around the world could enjoy learning this type of art.

Mr. Radzikowski is a certified Massage & Craniosacral Therapist. He began his martial arts experience with Yang family Tai Chi Chuan. From 1999 until 2003 he was teaching that art to others. From 2003 he started his study of Kendō and Iaidō.  Through Kendō he became intensely interested in the art of the Japanese sword. He continued his bugei studies in Japan after he moved there in 2010. Starting in Tokyo, Japan, he studied, Shindō Munen-ryū Kenjutsu, Musō Shinden Ryū Iaijutsu, and Shintō Musō-ryū Jojutsu under Ogawa Takeshi-sensei. He also spent a year studying Suiō-ryū Iai-kenpō. The swordsmanship of Shintō Munen-ryū was his main interest and focus, and after practicing, researching, and receiving the techniques of koryū bujutsu, he then embarked out on his own, forming Shinkan-ryū Kenpō. He has been a sword instructor in the style of Shinkan Ryū Kenpō in Japan and online since 2016.

We are not just picking up weapons to swing around and cause harm. There is more to learn. Good technique and a true and honest heart are integral to the study and application of the sword.

ラジカスキー真照 師範Head Sword Instructor
With over 23 years of teaching experience, and 29 years of martial arts and Buddhist meditation experience, Mr. Radzikowski decided to broaden the system to better suit learning and to introduce more in-depth teachings. Developing that which were both present and not within other systems that he found lacking from those practicing and teaching around him. This style of sword training is available to those all over the world and in Japan.