Skip to content
Home/Bujutsu, ess/What is Kenjutsu? A guide to Japanese swordsmanship
Previous Next

What is Kenjutsu? A guide to Japanese swordsmanship

Kenjutsu (剣術) is the Japanese art of the sword. It is one of the four central martial arts (bujutsu) of pre-modern Japan. The two primary skills concerning the sword are kenjutsu and battōjutsu (抜刀術). Kenjutsu is a compound of ken (剣) the sword and jutsu (術) art or technique. Originally kenjutsu was simply the arts of the sword. Over time, however, battojutsu, saya no uchi (鞘の内), or iaijutsu (居合術) was later developed as an adjunct to the general techniques of sword combat. Commonly kenjutsu refers to the art of the sword with the sword already deployed outside of the saya (sheath), and iaijutsu relates to techniques where the sword starts from in the saya. Kenjutsu can be found in the older koryū and modern martial arts of Japan.

The Basic Idea Of Kenjutsu

The sword has always been important in Japanese culture and to the fighting men of Japan. It is after all one of the three sacred treasures (Mikusa no Kamudakara) of Japan. The three imperial regalias are the mirror, representing wisdom, the jewel for compassion, and the sword for valor. The sword saw its use in a limited function from the 900s through to the 1300s in the warrior's career on the battlefields. The arts of the sword early on were slightly overshadowed by the skills of horsemanship and the bow and arrow.

Later in the 1500s and on the sword saw a significant proliferation in its use in castled towns, villages and duels. The ease of carrying the sword made it also something to expand on since it was always at the warrior's side even indoors.

Kenjutsu is mostly a one on one endeavor. Two people with swords facing off against each other. There are a lot of techniques for the use of the sword against an array of other weapons such as the yari, naginata, jō etc.etc. From spears to arrows, there are kenjutsu techniques to help the one holding the sword prevail.

Different schools have different training methods and ideologies. Some schools practice with simple bokutō (wood swords), while other schools use various weapons for training such as the fukuro-shinai or even branches of a tree.

The fukuro-shinai is a multi-slatted bamboo sword covered in leather. Bamboo slats and leather covering of the fukuro-shinai help to absorb some of the impacts of hitting. Its use is attributed to Shinkage-Ryu's Kamiizumi Ise no Kami. Fukuro shinai is also used in Maniwa Nen-ryū as well as Jikishinkage-ryū. The fukuro-shinai of Shinkage-ryu is an unmistakable deep red.

Some schools also use habikitō (dulled metal swords) or shinken (sharp-edged) in kenjutsu. Kata (forms) with shinken are customarily used at higher levels due to the severe risk of injury.

Some schools perform kenjutsu with varying levels of protection from basic thin leather gloves to very thick hand and forearm protection that doubles as a target. The later glove being the oni-gote in Ono-ha Ittō-ryū for example. Schools such as Maniwa Nen-ryū employ headgear or waist protection too.

The wooden sword, bokutō (木刀) or bokken, is the typical weapon used for kenjutsu training. Various ryū-ha (schools) have different size wooden swords. Some are quite thick, and some are quite thin. Some schools use wooden versions of the odachi, long sword, as well. The o-dachi have blades that usually measure over 90 centimeters in length.

Some schools use the tantō (dagger) or kodachi (short sword). Art of the tantō is sometimes referred to as tantō-jutsu. Such techniques often involve grappling as well due to the close quarter's nature of using a tantō or dagger. Koshi no mawari (around the hips) falls under this category as well.

Kenjutsu is also practiced in full armor as seen below by Yagyū Shingan-ryū.

Kenjutsu is usually a paired-type of practice called kumitachi. There are an uchidachi and shidachi. The uchidachi 打太刀 means the one hitting or attacking with the sword. Shidachi 仕太刀 means the doer or performer of the school techniques within the kumitachi. Shidachi is serving the school's techniques to uchidachi. Another reading of 仕 shi, is to serve (tsukaeru). It is shidachi who is usually the victor. Victor is not the best choice of words, but it is shidachi who is ultimately performing the action that keeps himself alive. Uchidachi's ultimate role is to teach the waza and impart the knowledge of the school to shidachi.

Uchidachi is often the role that teacher or superior takes. It is an important function. Kenjutsu is not merely two people whacking each other with wooden swords. Uchidachi's purpose is to provide the proper space for shidachi to perform and understand the techniques. A weak uchidachi is just as bad as one who is mean spirited and over-bearing.

Kenjutsu kata has been the primary form of teaching and the way of preserving classical Japanese sword fighting. Kenjutsu practice can also take the form of solo drills and striking things such as bamboo, tree trunks, and in the modern era used tires. Iaijutsu also uses paired forms and kata but should not be confused with kenjutsu. You can click here for a link regarding the process of learning kenjutsu.

The essence of kenjutsu is mainly transmitted through the use of paired kata. The pure techniques of the school are learned, executed and developed through these forms. Kenjutsu and iaijutsu are essential to be balanced to gain an understanding of the methods (waza) of the school.

Some older bujutsu schools ( pre-1500s) containing kenjutsu in their curriculum

Schools some times have extremely different methods and philosophies of kenjutsu. From the size of swords to the styles of breathing and vocalizations, Japanese kenjutsu is a very interesting cornucopia of sword combat techniques.

Japanese martial arts are usually defined in two groups. Pre-modern and modern. There are no...

Honesty and the Martial Arts Hermit. Being a good budō teacher and student.

When people want to find a martial arts teacher, do they often think of mister...

剣禅一如 The sword and zen are one. The mind of zen is an important consideration...

What does Budō mean?

I’d like to discuss briefly discuss what Budo or Bujutsu means. I’m not a scholar...

Mastering The Martial Arts and Basics

I will be talking about basics and mastery. Before I begin, I want to say... 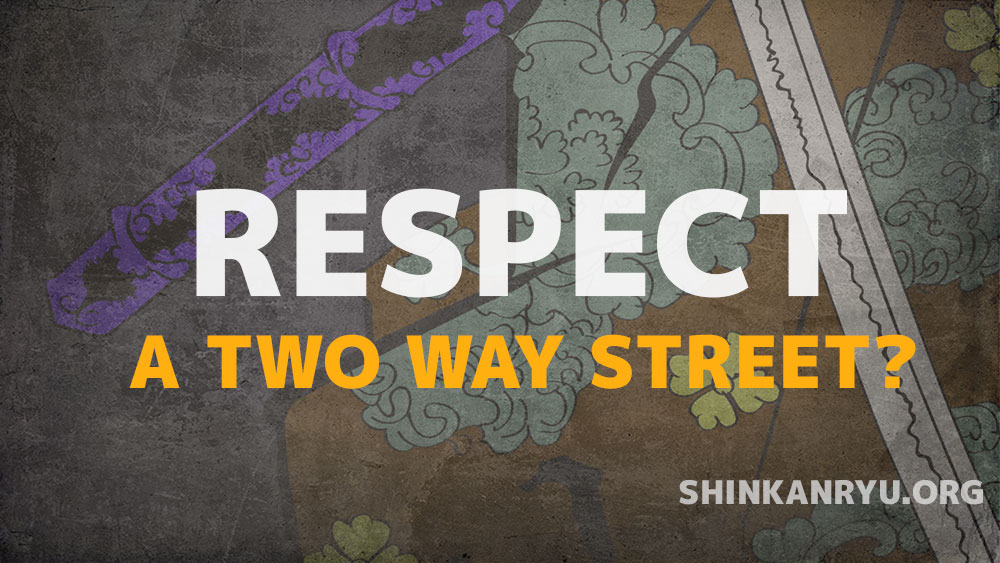 Respect is a two way street in martial arts

Respect is a two-way street, however, how many people are driving recklessly? “If you want...

Practice is life. Life is practice. Enjoy them together. Enjoying morning keiko outdoors. The smell...

Gratitude for our swords and training equipment, and those that made them. To our teachers...

What is true budo?

Studying the arts of fighting leads to peace. The pursuit of martial arts has one...

It is worth a lot to be mindful of the ebb and flow of all...

What does Bugei mean?

Some Japanese schools or individuals wish to capitalize on the ignorance of non-Japanese martial artists...

The spirit of the sword is the breath. Breathing Physiology What’s so crucial about martial...

The desire to destroy is within us all. We must overcome this urge to tear...

What is Kenjutsu? A guide to Japanese swordsmanship

Kenjutsu (剣術) is the Japanese art of the sword. It is one of the four...

Four Friends. Four Enemies. One morning while on alms rounds the Buddha gave a heap...