I would like to express my thoughts on mushin no shin — alternatively, mushin (無心). Mushin is a Buddhist turned martial arts term that translates literally as no-mind. Simply put it is the state of mind that is devoid of attachments or thoughts that interrupt the flow of what's going on (in mind-time-space). It is sometimes called a flow state or in the medical profession, transient hypofrontality.

People claim it's not attainable so easily. There are some that also think it is this profound state of mind that can not be switched to when one desires it. Some have tried to tell me that it only exists in certain conditions like meditation. I do not think these are correct ways to think of mushin no shin.

Put On your MuMu

Mushin is a phrase like many that are often thrown around. Mu (無) is nothing or nothingness, and shin (心) refers to the mind. "Mushin no shin (無心の心)" is the mind of no-mind. NO (の) by the way is the possessive article in Japanese grammar.

Mushin is a fresh stream where as the everyday mental state is a stagnant pond.

This word is tossed around as if it is lofty and difficult to accomplish. I recently received a message stating, "It's really hard to do!" It seems there are lots of misconceptions about things in the martial arts and Buddhism. I believe that mushin is one of those concepts that get overused or used in the wrong way. Some things can, of course, be exceptionally philosophically profound. However, I don't think there is anything too complicated about the mind during a sword fight when mushin is engaged.

Mushin does not mean not thinking or empty mind. The mind is not empty, just as a river with water moving through it is not empty.

Cruise and Koyamada in The Last Samurai

Everyone has seen the film The Last Samurai. I am sure everyone remembers Tom Cruise's character Nathan Algren being told by a samurai, Nobutada (Koyamada Shin) during a practice match in the village. After Algren is knocked to the ground, Nobutatda runs up and offers this suggestion in broken English, "Too many mind. Mind sword, mind people watch. mind enemy. Too many mind. No mind."

The concept of mushin is not difficult to comprehend. Mushin must be gained through experiential knowledge and not intellectual understanding. It is not something to just read and think you got the grasp of what it is.

You are focusing on the flow and not stopping the mind on any one object, thought, or concept.

f you have ever built a plastic model, painted a house, played the piano, surfed, or gone for a walk whatever activity you have done where you got into this "zone" where you weren't thinking about the past or future or thinking about what you were doing (it was just happening). That's basic mushin.

I play the guitar. If you have played a sport or musical instrument you have gone into a state of mushin. Even doing laundry, you can get into the state of mushin. It happens naturally when your mind is open, and everything is flowing, and you aren't latching on to any one thing. You aren't lost, you are present and there. You can react in a way you need.

If I am playing guitar, I do not think the next chord is G. I just play through the song and switch chords as it comes. You might know this as doing them as second nature. You have most likely attained mushin at some point in your life during many activities and tasks.

It is a very reasonable thing to attain. The catch is that maybe for longer durations it's not easy to maintain and this is the difficulty for many people. This is where practice and concerted effort come in.

Flow state and hypofrontality.
Higher cognitive functioning creates an information overload that leads to the inability to react quickly. During the states of mushin or flow, the pre-frontal cortex is said to be reduced in activity (blood flow) which allows decisions to be based more off the instinctual subconsciousness.
This is what science recently has been explaining as transient hypofrontality.

In martial arts or combat the ability to have a wider sense of awareness and ability to react swiftly can be the difference between winning and losing, and living and dying. It can mean the difference between reacting so you are in a good position and reacting poorly or late in timing and not being in a good position. The prefrontal cortex gives you your sense of self, and it is that sense that certainly gets in the way.

In sword fighting (kendo, kenjutsu, or any martial art really) this idea of mushin, has no real thought: no critical thinking, no premeditated action. There is the reaction. That's where the speed (physical and mental, and space and time) of not having to consciously parse information comes in to play when someone attacks. You are supercharged in that state of mushin.
We want to capture that state of mind which is a no-state: the state of no state, the mind of no mind. 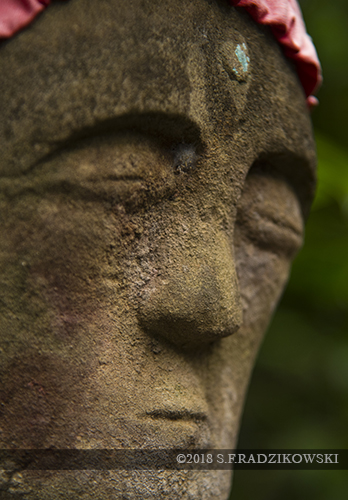 We need to have that. The worst thing that can happen if you're sparring in a martial art like kendo or karate, for example, is that you get fixated on one thing. You're looking at their feet or looking into (locking) onto the opponent's eyes. If you are watching the shoulders; then you're not watching the feet. If you're watching the feet, then you're not observing the sword. You need to have this all-encompassing view. This is what mushin allows, this non-multitasking, non-attaching state of mind. Macro-tasking if you will.It's not that you are invulnerable in this no-mind state. When you are in this zone (sometimes called the flow in modern parlance), you have better ability to move and react. This is why it's important to train and get things glued into the subconscious.

This is all mushin is. It allows you to react and adapt to the changes. The mind in mushin doesn't have the nervous system in a hypertensive state. You can respond much better. The conscious thought is what slows things down and kinks things up in the fast-paced and no room for error that is edged weapon combat.

I lied To You, Apologies

Earlier I mentioned mushin not being empty. That was a partial lie. Mushin is empty of hindrances like fear, doubt, hesitation, anger or hatred.
These states of mind are similar what original Buddhism refers to as the Jhana, which are stages of concentration. This is where Zen originates. The ability to keep the flow moving allows us to gather more information and react without delay.

Imagine sitting on a street and trying to watch each car and catalog the color in your mind. On a bustling street, you are going to get whiplash and eye strain. While you track one car moving past, a few others are also in other lanes move through your corner. You can imagine easily now how you might get "snagged" on some object and cant shift to the next smoothly. Now imagine just opening the gaze and not focusing on any one particular thing. Just noting the colors and cars as they pass without locking on to each one. This is the base idea.

Mushin is beneficial for martial arts and sports. It is, in its basic form pretty natural to attain without practice. Maintaining such a state is the bigger issue for longer durations to allow deeper levels of meditation and insight to be gained.

This site uses Akismet to reduce spam. Learn how your comment data is processed.