Skip to content
Home/Bujutsu/Budo: The Culture of Destruction
Previous Next

The desire to destroy is within us all. We must overcome this urge to tear others down or damage someone's happiness. Whether it's intentional or negligence. As bugeisha (martial artist), it is crucial to suppress the urge to destroy.  There is an undeniable pleasure in setting forth events of entropy that result in loss. The very waza we study are acts of destruction. We are hoping to inject entropy into the very will, movement and physicality of our opponent. Many of the actions within our waza, when applied to the opponent, are the correct course of action. Upsetting his focus, intention, will, and defusing his sword attack before it reaches us. Upsetting their balance. That is destroying correctly.

It is akin to fire. Though it can keep ourselves and those we care about warm, and safe, and be used for cooking food. Fire can also be used maliciously. If even not intent on harm, the careless use of it has serious consequences — the strength and power we acquire as martial artists need to be governed. Our physical actions, our mental actions, and our verbal actions shouldn't be used for wanton destruction.

I have witnessed it many times over from the low ranking to the high ranking. The need to destroy and cause problems is too hard to resist. Studying martial arts creates this sense of power. People begin walking around with dynamite in their pockets.  It is undoubtedly not the study of martial arts intrinsically that does this. The budding martial artist usually has a psychological problem before training. It's the training and their teacher that ultimately exacerbates the already present issue. It is the immaturity of many so-called martial artists that want to destroy things. If you're going to wear the label of a martial artist, or you want to teach people, then you might want to consider how your actions play out in the world. You can't claim to be a high-level practitioner or anything if you're slinging insults and acting like a nincompoop.

I am always thinking about how my actions are interpreted and how they have caused problems. I labor to understand myself better and not to repeat the same mistakes again and again. When I find that my carelessness has caused some destruction, I apologize and begin the hard work of changing myself for the better.

Our waza require us to understand destruction, entropy, and the origins of the desire to cause injury to someone. Shouldn't we look at our behavior? From the simple act of commenting on Youtube or Facebook to the more egregious acts of committing physical violence to another person. We must be vigilant against veering unto the wrong path and if we are teachers, leading others to go down the same road.

Resist the urge to destroy. Keep the destruction in the waza.

What wholesome thing have you created today? 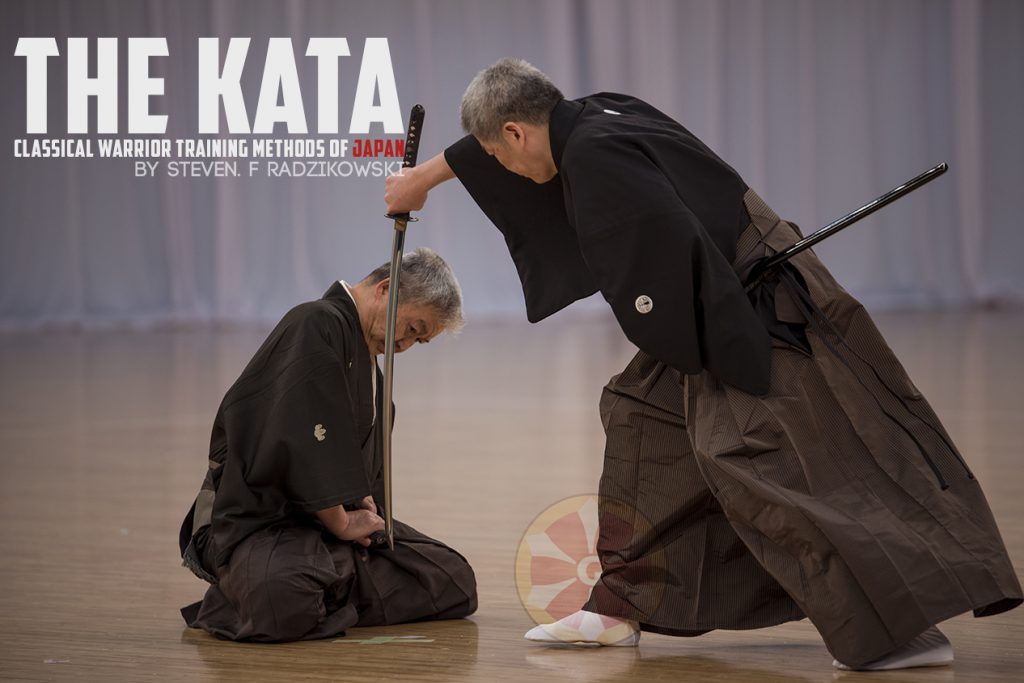 Kesagiri: Anatomy of A Sword Strike

ラジカスキー真照 November 16, 2018 5 Comments
In Japanese swordsmanship, there have been many hundreds of schools. […]
Read More

What does Budō mean?

How To Learn Samurai Sword Fighting Without A Teacher?

ラジカスキー真照 November 30, 2018 5 Comments
I would like to express my thoughts on mushin no […]
Read More

What Is A Good Senpai In Budō?

ラジカスキー真照 November 13, 2019 7 Comments
I have discussed teachers and students within martial arts. The […]
Read More

ラジカスキー真照 March 18, 2019 No Comments
As a martial arts instructor, or school, or especially if […]
Read More

ラジカスキー真照 September 14, 2019 2 Comments
Shu-ha-ri 守破離 is an essential concept in traditional learning. It is the fundamental master-disciple relationship in many traditional arts.
Read More

On being human and a martial artist

ラジカスキー真照 March 2, 2019 6 Comments
It is difficult to wind through the brambles and thorns […]
Read More

Pain & Training In The Martial Arts

What Does Iaido & Iaijutsu Mean?

This site uses Akismet to reduce spam. Learn how your comment data is processed.